Coors has launched a new ad campaign, and guess who the spokesperson is? Amazing. You're exactly right! Sam Elliott.

Sam told Playgirl magazine a few years ago that he didn't want to be a sex symbol. That's what makes him so irresistible. He's a hunk with substance! And that voice! He could sell me Coors, or Coca Cola, or Copenhagen. Heck, I'd switch from Baptist to Buddhist just to hear him talk!

Sam's movie debut was in the classic Butch Cassidy and the Sundance Kid. The female star of that movie, one Katherine Ross, soon after became Mrs. Sam Elliott. What a beautiful pair they make. And after all these years, they're still together.

Of course, I loved Sam in Gettysburg. As General John Buford (right), pounding his chest, he was so passionate and so believable. But again, he could sell me anything.

Those folks at Coors are mighty smart.

Tom and I watched Shenandoah the other night. God, I love that movie! Jimmy Stewart plays a widower living in the Shenandoah Valley of Virginia who tries to stay out of the Civil War til it comes to him. This film has all the hokey conventions, I know, and the costuming is just abysmal, but it has a wonderful heart. Katherine Ross makes her film debut as Jimmy Stewart's daughter-in-law, the wife of Patrick Wayne. She is patient and maternal, wise and beautiful. It just breaks your heart when you know she's been murdered. Her role is relatively small but she makes an impact on the screen.

In the image (above), Stewart attacks a young soldier who has mistakenly shot and killed his son. Rent this movie and buy a box of Kleenex.

And how could we talk about Katherine without including a photo of her with her devastatingly handsome costars from Butch Cassidy and the Sundance Kid? Let's see. She's married to Sam Elliott and gets to smooch with Robert Redford.

Mike Wunsch wrote to remind everyone that Spring Cleanup in Gettysburg, Pennsylvania, is this Sunday, April 15. Gather at the Meade Equestrian Statue (left) on Seminary Ridge, on the grounds of the Gettysburg National Military Park, at 10:30 a.m. Mike says remember to bring yard tools, gloves etc., and after the cleanup (hard work!), a pizza lunch will be provided by the Gen. Meade Society. 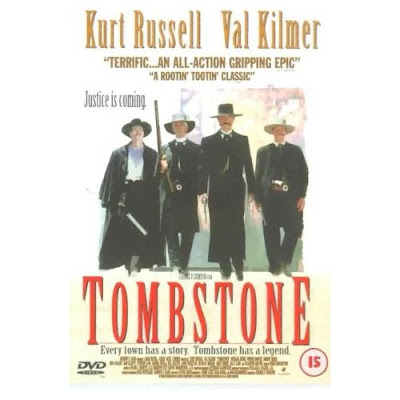