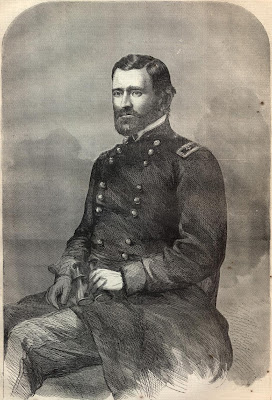 Today is the birthday of Ulysses S. Grant. Even though I am a Southerner, I can acknowledge that the General had redeeming qualities. You know, what has always struck me about the Grants is that they were such NORMAL people. Grant wasn't born with a silver spoon, but nor was he the devastatingly poor person that Lincoln or even Andrew Johnson was. He was just a regular guy with incredible ability. 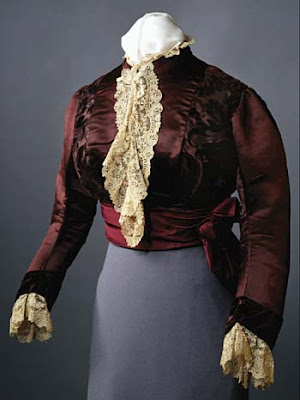 A while back, Tom and I had the pleasure of visiting the Grant Farm at St. Louis. This is the home where Julia Dent Grant had grown up, and her family had entertained prominent people. Julia's father was a Southerner, through and through. When the Grants went to live on this acreage, Ulysses built a cabin for his own family rather than share quarters with his father-in-law. Not long after, however, his family moved into the same home and Grant was forced to deal with his Southern-leaning relative on a daily basis. When Grant was president, his father-in-law would sit on the balcony and regale visitors with the glories of the Southern Armies. Grant must have been a saint not to have tossed that old buzzard out in the street!
But Grant loved Julia, and she loved him. They sacrificed for one another and forged an incredible bond. I believe there was much good in him.
Julia was born and raised near St. Louis and thus the Missouri Historical Society has many of her personal items, like this bodice. This was likely worn when the Grants went abroad, after his presidency. Click on www.mohistory.org/content/firstladies/bodice.html for a description.
________________________________________
Portraying Grant 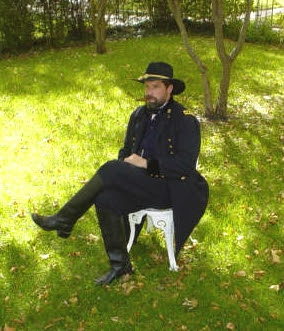 Our bud Randy Durbin (left), who doubles as a bank president, is a great admirer of the 18th president, and though he is taller and decidedly better-looking, portrays the General from time to time. The General's birthday is an annual celebration at their home, and we are invited to the party this weekend. Folks are encouraged to bring Grant's favorite dishes. I asked Randy why he began portraying this gentleman:
Hi Deb,
After I grew my beard and started reenacting, I was told I resembled Grant. His reputation has suffered in recent years and much of what is said about him today-- about being an alcoholic, a butcher, and of small intellect-- I have found is untrue. He was probably the most popular man in the country in the latter decades of the 1800's, much more popular than Lincoln. His funeral procession in New York was viewed by more than a million people.

The more I have read and studied about Grant the more I have come to admire him. The pressures he was under and the hurdles thrown up in front of him during his life and the war were tremendous. His rise in seven years from a clerk in his father's leather goods store to President of the United States is phenomenal. Everything depended upon him being successful against the Confederates and the best they could put up against him. He very deftly calculated the advantages he had over his adversaries and utilized his assets in a very efficient manner. Time after time in the war, he achieved victory after many failures by his predecessors. He was a quiet, unassuming man and did not promote himself. He served to the best of his ability in any task that he was asked to tackle. No bravado, just steady hard work, drive and perseverance.
Randal F. Durbin
_________________________________
News from the North
Rich Rosenthal reports from the North Jersey Civil War Round Table that their 55th meeting will be on Thursday, May 24, 2007, at the Frelinghuysen Arboretum, 53 E. Hanover Avenue, Morris Twp. (opp. the Morris County Library). The meeting begins at 7 PM and it is always open to the public. (Members, please bring a friend or two - new recruits are always welcomed.) The group welcomes Prof. Robert E. Sheridan on "The USS Monitor at the Battle of Drewry’s Bluff. " 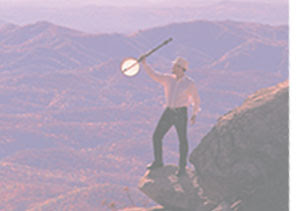 A couple of days ago, I mentioned hearing David Holt play at Cedar Ridge Elementary School, near Round Peak, North Carolina. (My Daddy used to pastor Round Peak Primitive Baptist Church; just thought you'd like to know.) My 3-year-old granddaughter was so moved that she had to get up and dance. There's just nothing you can do with that hillbilly blood! Well, David was so impressed that he gave her a CD--"I got a bullfrog: folksongs for the fun of it!" She loves this CD. My daughter has called to say that Lulu jumps in her carseat and says, "Play my CD the man gave me." Her favorite song is, "The Cat Came Back." I love that one, too. In short, this is a CD that your kids can listen to and enjoy and it won't make you slit your throat. You'll be singing with them. Get it, by all means.

I also picked up the CD, "Legacy: Doc Watson and David Holt." This is a three-CD set and I can't say enough good about it. I've enjoyed the conversation as much as the music. Visit davidholt.com for information on ordering.

From our buddy D. K. Clark--
"Few things are harder to put up with than the annoyance of a good example." - Mark Twain
Posted by Deb Goodrich at 3:02 PM