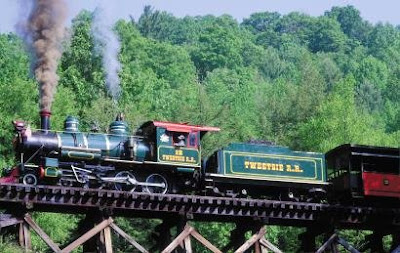 Tweetsie Railroad turns 50 this year. For those of you who didn't grow up within a 200-mile radius of Boone, North Carolina, you may not be familiar with Tweetsie, but let me tell you, this is where the Wild West really began . . . in more ways than one. 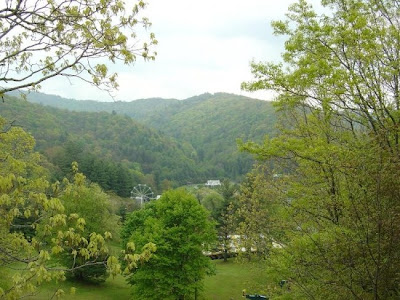 Every summer, we would head up into the mountains between Boone and Blowing Rock (left), our heads filled with the images of wild Indians and train robbers, and jump on the little steam engine called Tweetsie Railroad. This was North Carolina's first theme park, opening just a year later than Disney World. But unlike, Disneyville, Tweetsie has remained a fairly intimate setting. There are some rides, but no rollercoasters. There is a chairlift to take you to the "Mouse Mines" where the petting zoo is located and where you can "pan for real gold."

(Before you laugh, North Carolina had the first Gold Rush in the United States in 1803. All of the coins minted in the U. S. between about 1804 and 1828 were "Carolina Gold," though the mint wasn't established in Charlotte until the 1830s. It operated until 1861 when seized by the Confederates early in the war. The building still stands as an art museum. To recognize the Tarheel State's golden heritage, McDowell County has a Gold Festival which is coming up on April 20 and 21. Visit http://www.ncgold.org/ for more information.)

Back to Tweetsie: The steam engine pulling passengers through the scenic mountains was built in 1917 by Baldwin Locomotive Works, Philadelphia. Tweetsie served the East Tennessee & Western North Carolina Railroad until 1950. I can still hear the whistle blowing while the mist clung to the hollows below the trestle! 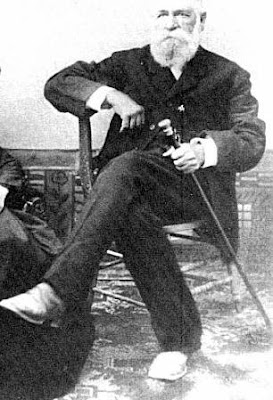 Ironically, many of the names associated with the Wild West also have North Carolina connections. Nicholas Earp (left), patriarch of the clan, was born and raised in western Carolina. Likewise, Dave McCanless, who entered western lore when shot down by Jim Hickok, had been the sheriff of Watuaga County (where Tweetsie is located). McCanless absconded with the tax collection and another man's wife then headed for Nebraska and into legend. 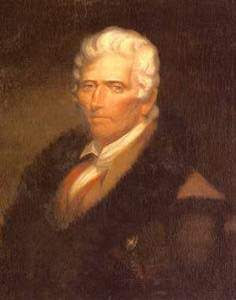 My Grandpa used to tell me that his own Grandpa was run out of Watauga County for "poking a man's eyes out with a stick." Now that measures up to about any wickedness I've encountered west of the Mississippi. But Watauga County's most famous resident was Daniel Boone (right) for whom the town is named. What other figure looms larger in the American West? Heck, he created it! 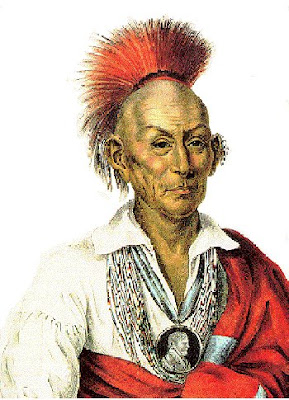 Many of us think of the Indian Wars as following the Civil War. Actually, it's safe to say they began as soon as white man stepped on the continent. While surfing the web the other day, I found this journal of Chief Black Hawk (left) online. What a resource! The Sauk and Fox chief led his nation against the federal government in the 1830s. Noted veterans of this conflict include Abraham Lincoln and Jefferson Davis. Davis, in fact, commanded the detail that escorted the chief to prison at Jefferson Barracks near St. Louis. This account is fascinating and what an opportunity to have it online. http://journals.aol.com/ondamitag/NorthernHistorically/entries/2007/04/04/the-autobiography-of-black-hawk/3034
______________________
Quote of the Day 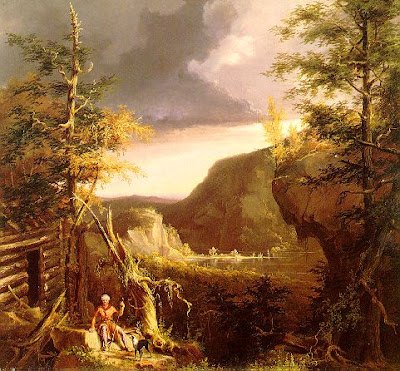 I have never been lost, but I will admit to being confused for several weeks--Daniel Boone

Thank you Deb for making Gregory Peck an honorary Southerner! The first time I saw To Kill A Mockingbird I wished that Atticus Finch was my daddy. He was, in that film, everything a father should be-- wise, caring, all knowing and strong. WOW!

DG--You are so right. I'm sure many of our fathers wished they could have been him as well. Thanks for the comment.