I am struck by the number of people we are privileged to know who are rabid and passionate about the past. Like our Pennsylvania friends on the right, these folks put their hearts and souls into preservation, education, communication--just keeping the past alive. I want to share a few of them with you today, and I hope you can meet them as well.
_________________________
Andy Waskie at Old Baldy 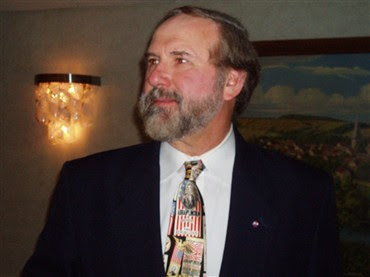 The Old Baldy Civil War Round Table is pleased to announce that our friend and historian, Dr. Andy Waskie (right), will be the featured speaker at the next meeting. The meeting will take place at the Civil War and Underground Railroad Museum on Thursday, April 12. The museum is located at 1805 Pine Street in Philadelphia. Dr. Waskie's topic will be General Meade and Old Baldy. The museum will open at 6:45 and the presentation will commence at 7:30. Guests and prospective members of Old Baldy are invited to attend. The Old Baldy CWRT is one of the nation's oldest round tables having been chartered 30 years ago.

Tom and I have had the pleasure of speaking in this historic building with these wonderful folks. Andy is dynamic and knowledgeable and hope you can attend. Andy will be speaking to our CWRT in Kansas City on May 22. Email me at etalgoodrich@aol.com for more information or to join our CWRT.
____________________
May Day in Southwestern Virginia 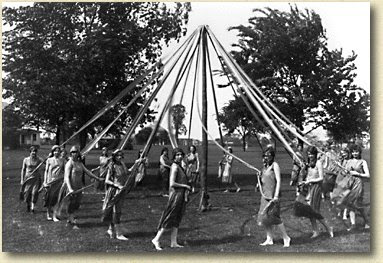 A traditional May Day will be held at The Hollow History Center, Ararat, Virginia, on April 29. The celebration will feature the winding of the May Pole and a May Day Court comprised of former members of the May Courts from Blue Ridge High School. Storytelling of local folklore and ghosts tales will be a highlight of the day. The recently reconstructed section of the “Dinky” railroad will be on public exhibit for the first time. (Thanks to our friend and fellow rabid historian, Tom Perry, I have two spikes from the Dinky Railroad). Other activities include a houseplant swap and a collection of seeds (both vegetables and flowers) for an heirloom garden. A picnic lunch will be available. Admission: $6 per adult; children under 14 free; 11:30 a.m. until 4 p.m.

The Hollow History Center was founded by my friends (and distant cousins!) Raleigh and Shelby Puckett. Their own passion for history has spurred them into creating a wonderful historic resource for the community to come together or research family history. It's a beautiful spot, so if you're passing by that area stop in and tell them Debbie Coalson sent you!
___________________
John Brown at Princeton 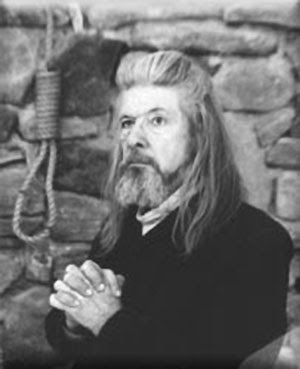 The Historical Society of Princeton and Princeton High School present our friend, Norman Thomas Marshall (left), in "John Brown: Trumpet of Freedom" at 7 p.m., this Friday, April 13. Co-written by Norman and George Wolf Reilly, the one-man play is a moving portrayal of the life of abolitionist John Brown. There will also be a post-performance discussion. The event is located in the Princeton Regional Schools Performing Arts Center, Princeton High School, 151 Moore Street, Princeton, New Jersey(Parking on site. Enter lobby from Walnut Lane.) Fee: $5 per person, payable at the door R.S.V.P to 609-921-6748 or jeanette@princetonhistory.org

We had the great pleasure of meeting Norman a couple of years ago in New York City. Originally from Virgina, Norman's acting resume goes back to soap operas when he played a thug on "The Edge of Night." He is a passionate historian and performer, and we urge you to take the opportunity to see him.

From our friend Pat Fairbairn:

While John Wilkes Booth was committing his horrific act of murdering our beloved President Lincoln at Ford's theater on April 14, 1865, another part of Booth's evil plan was unfolding at the home of Secretary of State, William H. Seward.

Another conspirator, Lewis Powell, was attacking the Secretary with a Whitney revolver and a large Bowie knife (below). Only luck ( the revolver misfired and Powell's violent knife thrusts were deflected by some leather bracing about Seward's neck to treat him for a broken jaw. He had suffered a carriage accident just a week before) ; Divine Providence; and the intervention of a guard and a male nurse, Sergeant George F. Robinson, saved Mr. Seward from certain death.

One of Powell's knife thrusts opened Seward's cheek like a fish gill through which his molars could be clearly seen. The wound left Seward with severely disfiguring facial scars. Sergeant Robinson, we understand, will testify for the prosecution about his encounter that night with the hulking, would-be assassin, Powell, in what is sure to be a riveting account of their tussle at Seward's bedside. Many are eager to hear Robinson's testimony and to get their first look at the defendant Powell who, in wrestling with Seward's guards and family members, exclaimed "I'm mad; I'm mad." Not surprisingly, this trial has galvanized the townsfolk.

The Lincoln Assassination Conspirators Trial will occur here on April 14, 2007. It will be restaged at the Conference Center of the Luzerne County Community College as part of their Open House Day, and is being sponsored by The Lindhill Institute. It is free and open to the public.In the first part of the program, starting at 10:00 A.M., a Civil War Living History scenario called “MEET THE GENERALS” is scheduled. It is enacted by the Confederation of Union Generals ( COUG), a Living History organization founded by Lancaster native, Mike Riley, that is one of the fastest growing organizations of its type in the country.

“Meet the Generals” and the recreated trial, like all Lindhill Institute programs, are free and open to the public. Further information may be obtained at (570) 574-5625 or by visiting their web site at www.lindhill.org. 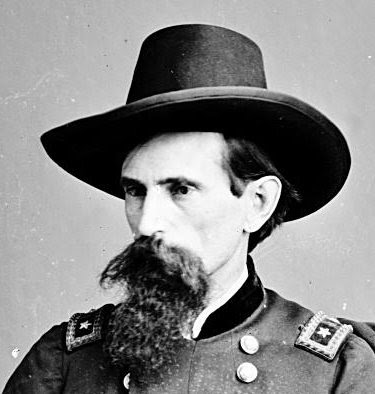 Speaking of the Lincoln conspiracy trial, today is the birthday of Gen. Lew Wallace, who was one of the judges in the military tribunal who tried the conspirators. The colorful Wallace, who penned the novel Ben Hur, went on to New Mexico and an even more colorful correspondence with Billy the Kid. He was born in 1827.

This is also the birthday of Confederate General and Episcopalian Bishop Leonidas Polk, who was born in 1806 and killed in battle in 1864. Polk was born in Raleigh, North Carolina, but moved to Louisiana where he served the church. He was a graduate of West Point. 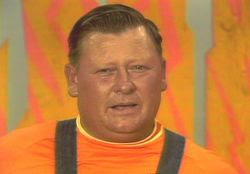 Remember folks, if you can't leave the world a better place, leave it a little happier! Just call BR-549.
Posted by Deb Goodrich at 4:40 PM