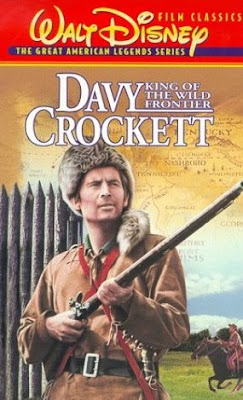 When the last few minutes of the three-part Disney movie played on television, and there was our last vision of coonskinned-capped Crockett flailing away at the enemy, a tremendous sadness washed over me. He died! I can't believe he died! Yet somehow, even as a child, I understood that he lived on, that all those men lived on. 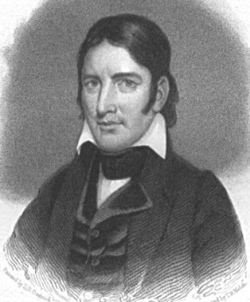 Parker is now over 80 years old and a Santa Barbara, California, real estate tycoon. Texas awarded the native son its prestigious Medal for the Arts a few years ago, so he had the chance to visit his alma mater in Austin (Parker was a history major at UT). He was interviewed by the alumni magazine, The Alcalde, and talked with the reporter about what a heartfelt response he still gets from his fans:

. . . he explains that he's a reminder of their innocence in America, individually and collectively. And between 1955 and 1970, when he retired his frontiersman role, by then as Daniel Boone, there was a lot of innocence that had been lost. "I made a couple of trips to Vietnam in '68 and again in '70 and these were the same little kids that I was shaking hands with in Oklahoma and Arkansas," said Parker, "and I felt so bad that this was what they inherited." 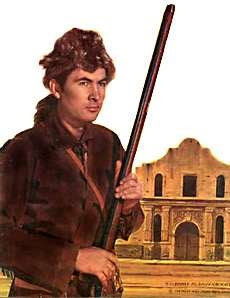 Yes, Parker is a reminder of innocence and just plain decency. And boy, do we miss him!

The Alamo fell on this day in 1836. Remember the Alamo! Remember Fess Parker!!

Born on a mountain top in Tennessee
Greenest state in the Land of the Free
Raised in the woods so he knew evry tree
Kilt him a b'ar when he was only three.

Off through the woods he's a marchin along
Makin up yarns an a singin a song
Itchin for fightin an rightin a wrong
Grizzley as a bar an twice as strong.

His land is biggest an his land is best
From grassy plains to the mountain crest
Hes ahead of us all meetin the test
Followin his legend into the West. 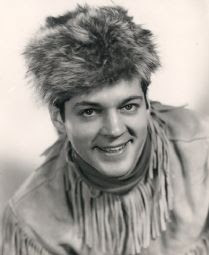 "The Ballad of Davy Crockett" premiered on the first episode of the ABC television show, Disneyland, on Oct. 27, 1954, to help advertise the upcoming Crockett trilogy and to fill extra running time. The song, which went on to sales of 10 million copies, was written as an afterthought in about 20 minutes by George Bruns, Disney’s head songwriter and composer, and Crockett script writer Tom Blackburn, who had never written a song before. In 1955, The Ballad of Davy Crockett became the fastest-selling recording up to that time. It later was recorded by Bill Hayes (left) and spent five weeks at No. 1 on the charts. Fess Parker, who never sang professionally before, also recorded a version of the song that sold a million copies. All told, 41 separate recordings were made of the 20-verse song, with some versions including nine additional verses. "
Heather Brand, Texas State History Museum, 2002 Interview

1) Hello Deb,
WOW- stumbled across your cool Mason-Dixon Wild West blog! In a world where reading stuff on the internet leaves you thinking “well, there’s ten minutes of my life I’ll never get back,” your stuff is truly rich! Love your wit & wisdom--and the “pitchers” are nice too. Will visit it often. Also served as a reminder that there are some of Tom’s books I do not have--I shall remedy that soon!

I have a ‘myspace’ site, along with a bunch of like-minded history nerds, in case you want to check it out: http://www.myspace.com/ccwingfield Take care & have a great spring,

Dan Hadley
PS--Your blog kicks arse!
DG--Thanks so much, Dan. Always great to have fans and bookbuyers! Check out Dan's myspace page. I especially liked the lurid tales of reenacting! 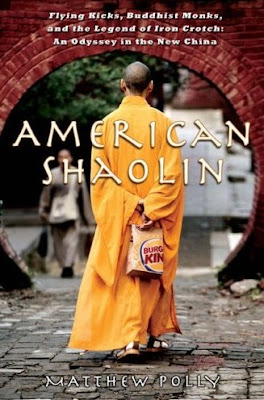 We met at the book signing for Matthew Polly last week. Terry King, my cousin, emailed me your website, and I found it incredibly interesting. We have added it to our Favorites, that we may continue to be updated on your issues.

It was a pleasure to meet you.

DG--Great to meet you as well, and look forward to coming out to Ness City. Isn't that Terry something? He just copied a documentary Tom & I were in, Aftershock, because we had not seen it and didn't have a copy (Watch the History Channel for times). We're making him our publicist! Oh, and the Matt Polly booksigning was very nice. Matt, a local boy made good, has written American Shaolin: Flying Kicks, Buddhist Monks, and the Legend of Iron Crotch: An Odyssey in the New China, which is well on its way to becoming a bestseller.
Posted by Deb Goodrich at 2:44 PM