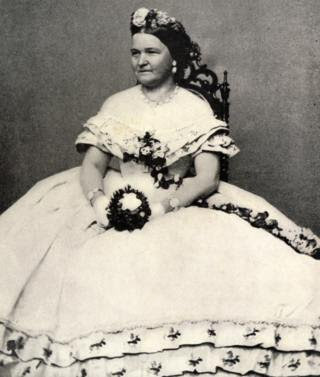 The more I study Mary Lincoln (above), the more I feel sympathy for this woman. Criticized for being a "western" woman, criticized for having Southern relatives, criticized for overspending, criticized for nagging her husband, Mary was always criticized for something. Mary had her issues, there is no doubt, but there are so many reasons! Abe Lincoln was not the ideal husband in many respects, and Mary was ill-equipped to handle many of the losses in her life. She deserves a more compassionate assessment.

On Saturday, April 28, the Abraham Lincoln Presidential Museum (ALPLM) will unveil "Mary Todd Lincoln: First Lady of Controversy," a one-of-a-kind exhibit that will touch on many aspects of Mary's tragic life. This exclusive temporary exhibit can only be seen at the ALPLM and will include dozens of artifacts – many on display to the public for the first time.

"First Lady of Controversy continues the ALPLM's commitment to telling the Lincoln story, warts and all,” said Rick Beard, executive director. “Everyone agrees that Mary Todd Lincoln was one of our nation’s most controversial first ladies, but the jury is still undecided as to her true nature. This new exhibition won’t settle the issue, however it will certainly give visitors plenty of new evidence to shape their own conclusions."

Visitors can explore Mary's life beginning with her childhood through her courtship with the Springfield lawyer, to her role as wife and mother, and eventually to her position as the First Lady of the United States. The exhibit will also examine the darker times of Mary's life including the tragedy surrounding the Civil War, the death of her son, Willie, the assassination of President Lincoln, and the estrangement from her son, Robert Todd Lincoln.

Dozens of artifacts, many of which are displayed to the public for the first time, include:

Illinois Senator Orville Hickman Diary Passages - These passages from the diary of the Lincolns’ close associate Senator Hickman include revelations of misdeeds and unflattering information about Mrs. Lincoln.
Telegrams from Mrs. Lincoln – These newly discovered telegrams provide insight into the financial turmoil created by the First Lady’s shopping indulgences. Within the telegrams, Mrs. Lincoln uses the pseudonym of the White House housekeeper Mary Ann Cuthbert to communicate with merchants to whom she owed money. 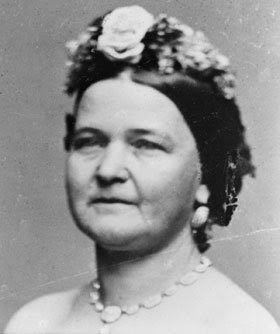 Mrs. Lincoln’s Correspondence with Francis Spinner, United States Treasurer – These letters follow Mary Lincoln’s fight to obtain the remainder of Lincoln’s salary for 1865, following his assassination. Congress paid Mrs. Lincoln $22,000 of the $25,000 owed, some of which was placed in an account for a select listing of merchants from which to draw.

Copies of Mrs. Lincoln’s Arrest Record and Related Documentation – This collection of records documents her arrest record and Mrs. Lincoln’s outstanding debts that were used as evidence against her during her insanity trial.

Mrs. Lincoln’s Correspondence with Dr. Willis Danforth – This letter to her doctor depicts Mrs. Lincoln explaining her addiction to chloral hydrate as an underlying cause for her “insanity.”

Letters from Mrs. Lincoln’s Confinement at Bellevue Sanitarium and Subsequent Release – Uncovered letters regarding Mary Lincoln’s confinement and release from the sanitarium in Batavia, Illinois, show her sense of betrayal by her only living son Robert. Two days after the county court declared Mary Lincoln “restored to reason” she writes that “my heart fails me, when I think of the contrast between himself [Robert] and my noble, glorious husband."

Mrs. Lincoln’s Correspondence with Her Son Robert – In this angry letter, Mrs. Lincoln demands that Robert return all the items she believed he had stolen from her while confined in Batavia. “Send me all that I have written for, you have tried your game of robbery long enough…You have injured yourself, not me, by your wicked conduct."

Poor Robert! I feel so for that man who tried so hard to take care of his mother. Whenever I speak on Mary and Varina Davis (first lady of the Confederacy), someone inevitably asks about Robert and how mean he was to Mary. It's just not so. He was at his wit's end, poor man, and when he was in control of Mary's finances, actually increased her worth and returned control of all when she was well again. Robert also suffered terrible losses and never felt close to his father, something he regretted. So much sadness in this family!

"Mary Todd Lincoln: First Lady of Controversy" will run through Oct. 28, 2007. Exhibit access is included with a general admission ticket to the museum. Temporary Gallery tickets are available for sale for $4.50. For more information visit www.alplm.org.
Posted by Deb Goodrich at 2:43 PM