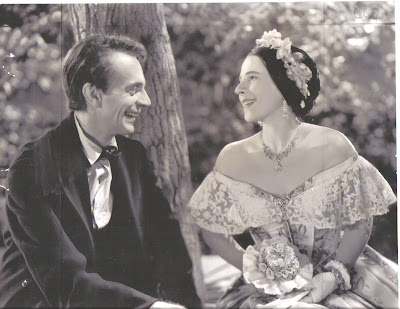 Whenever Tom and I are visiting with other Lincolnites, or Lincoln-philes, or Lin-colniacs, we eventually get around to the subject of Lincoln in the movies. Who was the best Lincoln? The majority usually votes for Henry Fonda in Young Mr. Lincoln (below, right), and who could blame them? Fonda, an American icon, playing Lincoln, the ultimate American icon. And that scene at the end where he walks into the sunset, into the pages of history, oh I can hardly bear it! Fonda's Lincoln is reflective, ethereal-- as if he can see tragedy before him. 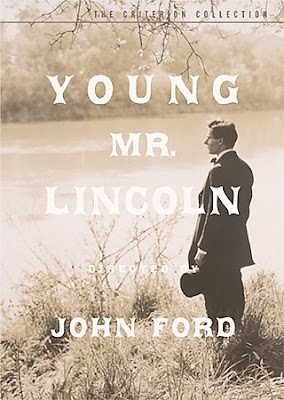 I also liked Sam Waterston and Mary Tyler Moore in Gore Vidal's Lincoln (below, left). He is matter-of-fact, decent, but not saintly. She is wonderfully disturbed, and we pity and despise her at the same time. But Tom and I agree that hands down the best portrayal of the Lincolns is Raymond Massey and Ruth Gordon in Abe Lincoln in Illinois (above).

The 1940 film covers Lincoln's life from Kentucky until his election to the White House, including meeting Mary, their broken engagement, and their life before Washington. While the sets are incredible, especially the gaslight illuminations during the presidential campaign, we are drawn in by this couple, who are drawn to one another despite, or because of, their weaknesses. Their struggle to maintain their relationship is poignant. Massey's Lincoln is wise, moral (disgusted by the machinations of politics), and resigned to his personal and political fate. Gordon's Mary is vivacious and haunted and nervous, and she should have won an Oscar for this performance.

The last scene is a real tearjerker (bottom). Abe boards the train in Springfield to bid his neighbors farewell, and Massey says Lincoln's actual words. You'll need a whole box of Kleenex. (The music is not exactly historically accurate, according to my sources, but it is so appropriate I can forgive that!) This is a must-see. 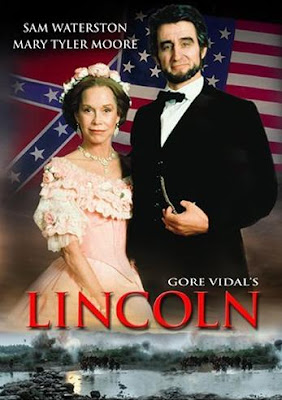 While perusing channels the other day (women peruse, men surf), I came across another interesting portrayal of Lincoln--John Carradine in the film, Of Human Hearts. This 1938 release features Jimmy Stewart as a boy from Ohio who goes off to medical school and winds up as a surgeon in the Union Army. His mother, meanwhile, has sold off family heirlooms and finally their horse, a pet really, in an effort to provide her son with an education, room and board, a fancy uniform, anything his ungrateful little heart desires. So, he is busy saving lives and neglects to write his mother until one day, she asks President Lincoln for help finding her son's grave! (Talk about the ultimate guilt trip!) Lincoln summons the boy to the White House, gives him a good talking-to, and orders him to write his mother this minute and regularly hereafter under threat of court-martial. Carradine's Lincoln is wise, deep, and paternal--the father or grandfather we wish we had. He is also everything we were taught to believe about President Lincoln.

Whether accurate or not, there is no disputing that Abraham Lincoln inspired these portrayals, and the performances reflect the ideals we all aspire to, as well as the passion of the actors themselves for the subject. Sometimes that's more important than historical accuracy. Though, sometimes, I would like both. 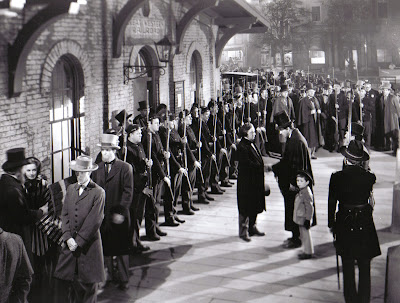 Emmy-award winning film maker Robert Lee Hodge spoke to our Kansas City Civil War Roundtable a couple of weeks ago and talked about movies and the Civil War. Since then, I've been inundated with comments about the interesting program, so I wanted to share with you a couple of the films he recommended: 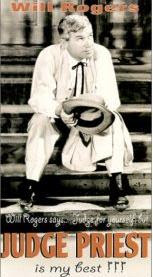 1) Judge Priest starring Will Rogers. This 1934 John Ford film (has any director understood history and capturing the imagination like John Ford?) depicts life in a very Confederate Kentucky town during Reconstruction. Full of the racial stereotypes of the time, overly romanticized in some points, but some great faces and costuming. I loved it.

2) A Private History of a Campaign that Failed starring Pat Hingle. I was simply blown away by this 1981 production of Nebraska Public Television. Based on the story by Mark Twain, this movie is a small picture of war, of young men motivated by glory and romance only to turn and run when confronted by the realities of war. There are so many great details, little glimpses into 1860. I can't wait to watch it again.

How about you? What's your favorite Civil War or Western movie?